It’s not every day you get to celebrate your Anniversary in Florence, so why not make the most of it with Florence Anniversary Photography?

Last year, Kristi & Greg finally flew to Italy for the holiday of a lifetime after years of talking about it. They decided long ago that they’d spend their 10th wedding anniversary exploring Italy, so when Kristi found cheap flights, she didn’t even ask Greg – she just booked! Kristi is an incredible photographer herself, so I arrived at the Cattedrale di Santa Maria del Fiore, the Duomo di Firenze, full of nerves. The two of them were completely at ease though. Their respect and love for each other shone through, even as they teased each other about this, that or the other thing. Being tasked with their long-awaited Florence Anniversary Photography was a wonderful privilege, made even better by the lazy, early morning Florentine streets.

How to Make the Most of Your Florence Anniversary Photography

If you’ve ever visited any of Italy’s major cities – from Venice to Milan, Naples to Rome – you’ll know that the historic centers are always full of life. In the early morning, trucks rush by bringing stock to nearby shops, and by 8 am, tourists are already arriving to take in the incredible sites. Florence is no different! And so, if you want to make the most of your Florence Anniversary Photography, it’s best to plan your shoot for the crack of dawn on a weekday morning.

The early wakeup call is never easy, but then you’ll arrive in front of the Duomo di Firenze. You might find you catch your breath, just for a moment. Santa Maria del Fiore is without a doubt an incredible building. It’s known around the world for a reason! Without the crowds, the horse-drawn carriages, and eager waiters though, it’s something else. If you’re really lucky, there might even be a light early morning fog for an extra hint of magic.

From there, your photographer (if you book someone local) will know which path to take to bring you to wonderful views and sweet Florentine streets. In Greg & Kristi’s case, we even managed to work our way up to the Piazzale Michelangelo for the most famous view over Florence’s terracotta rooves. 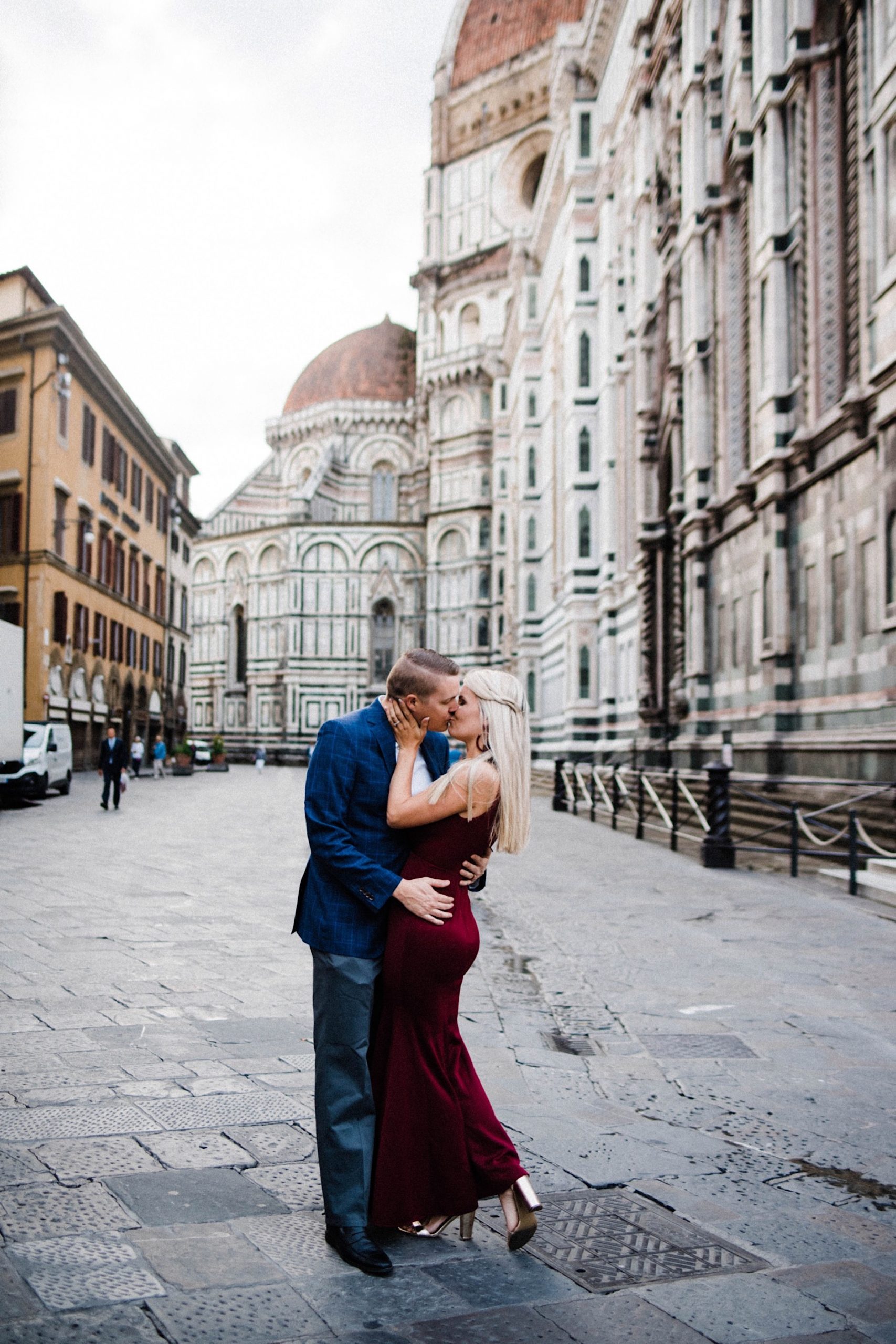 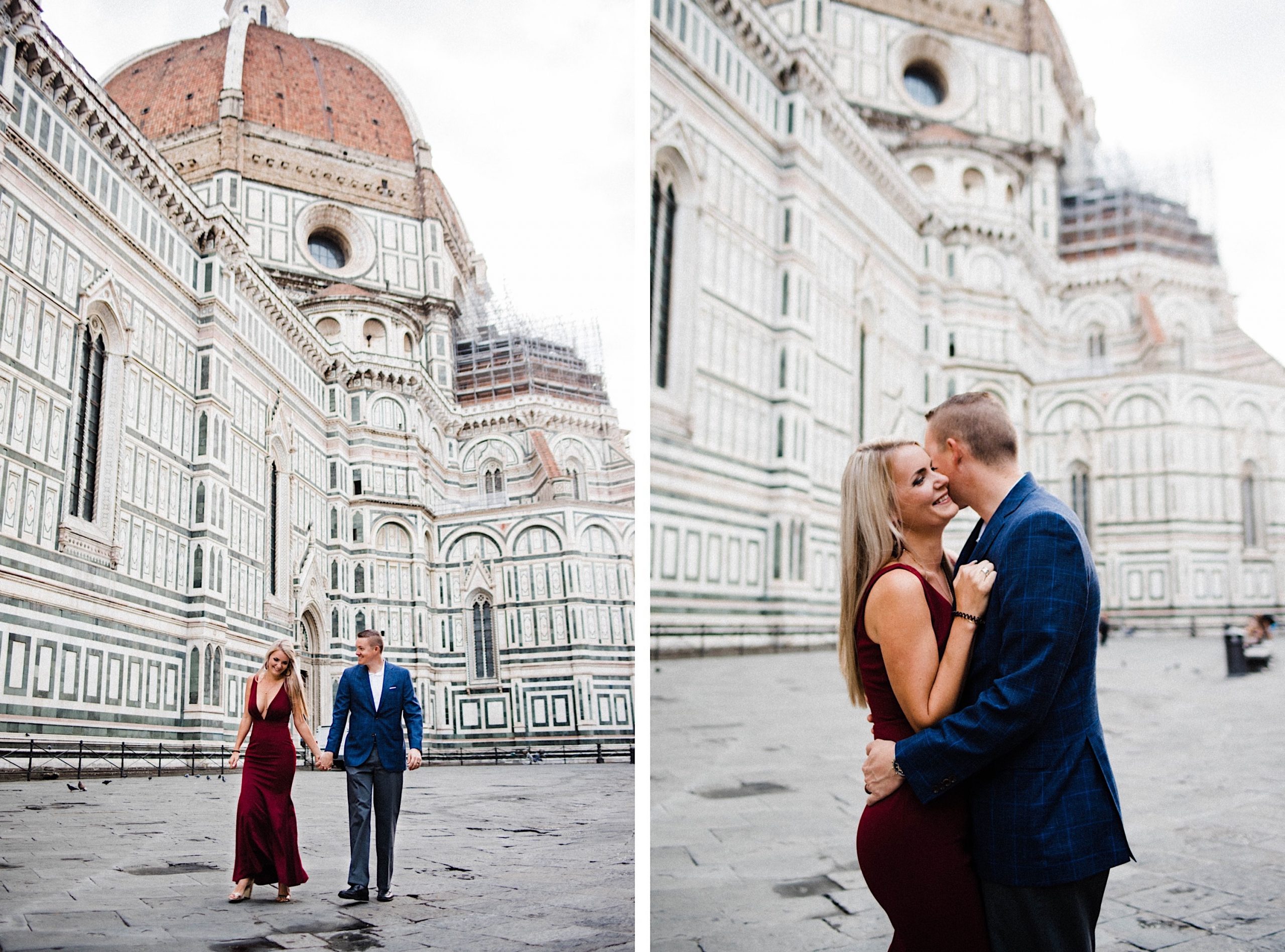 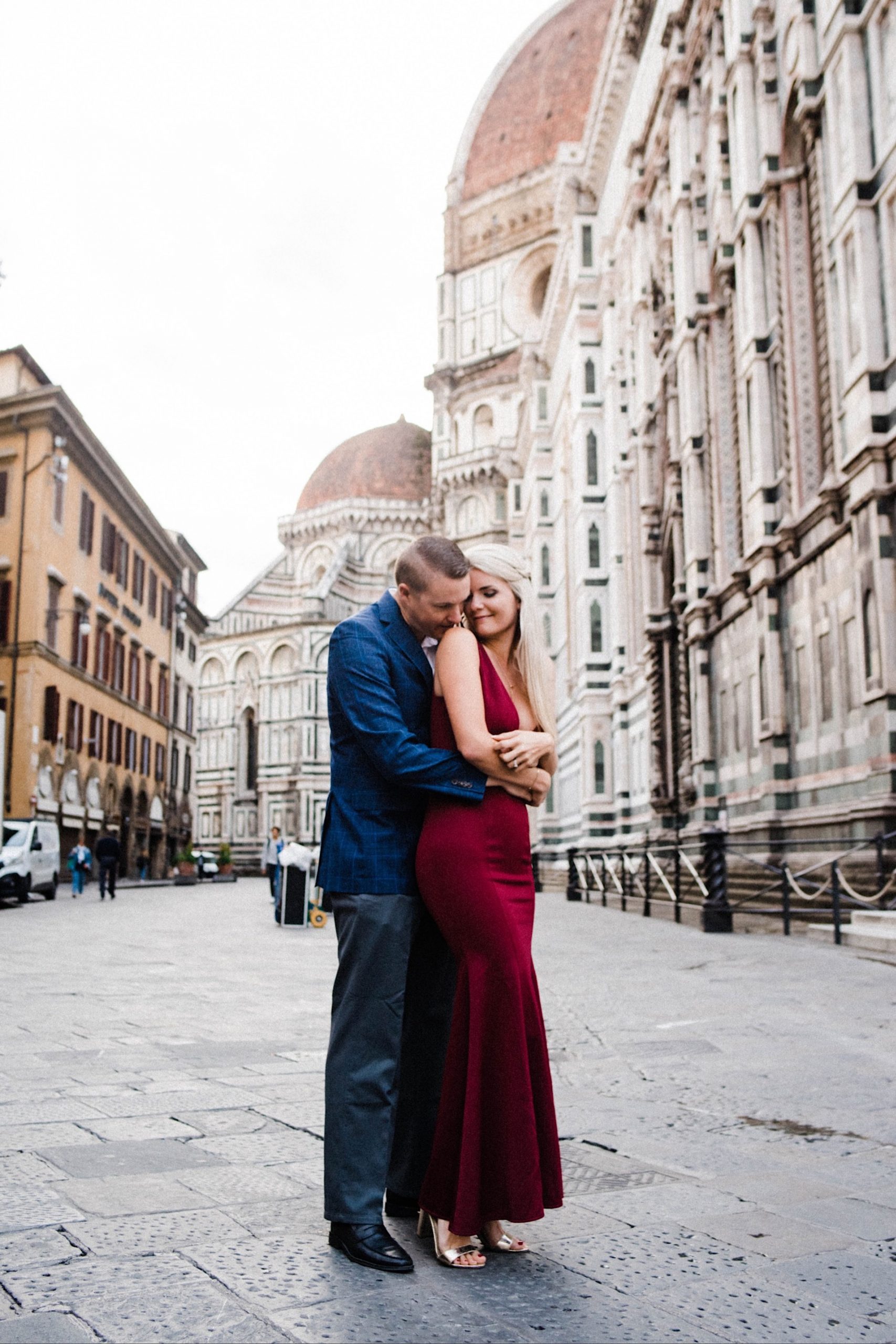 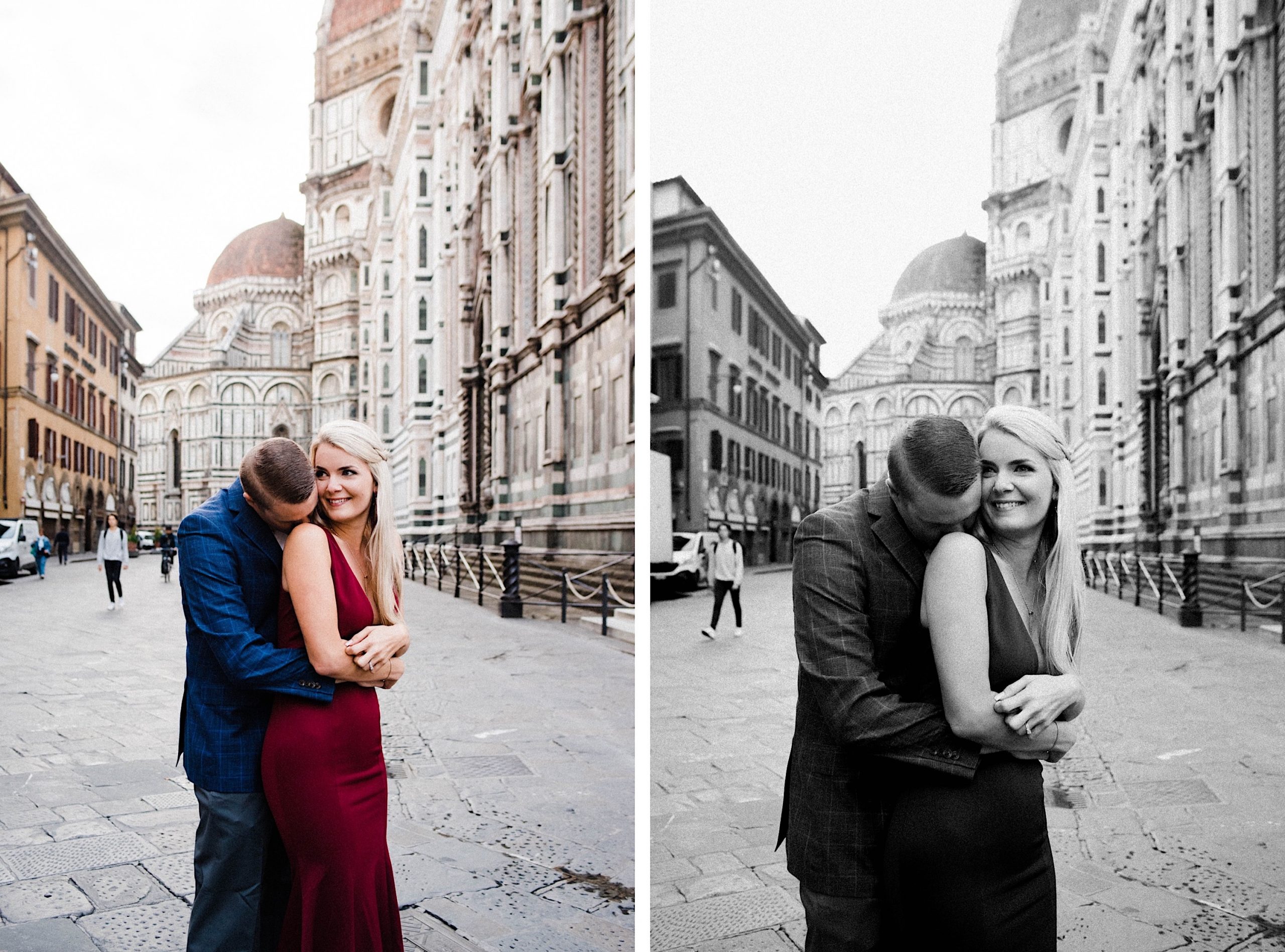 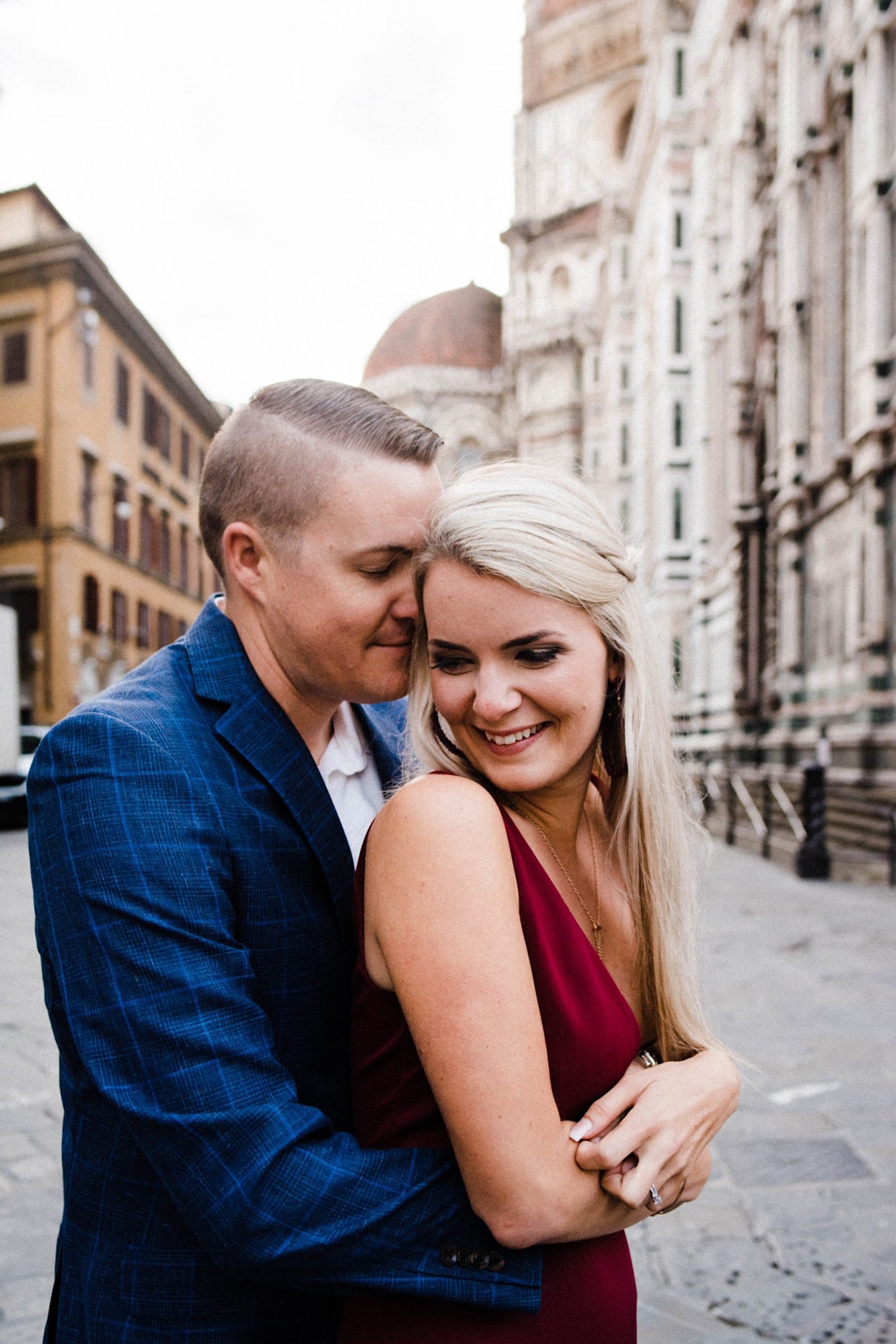 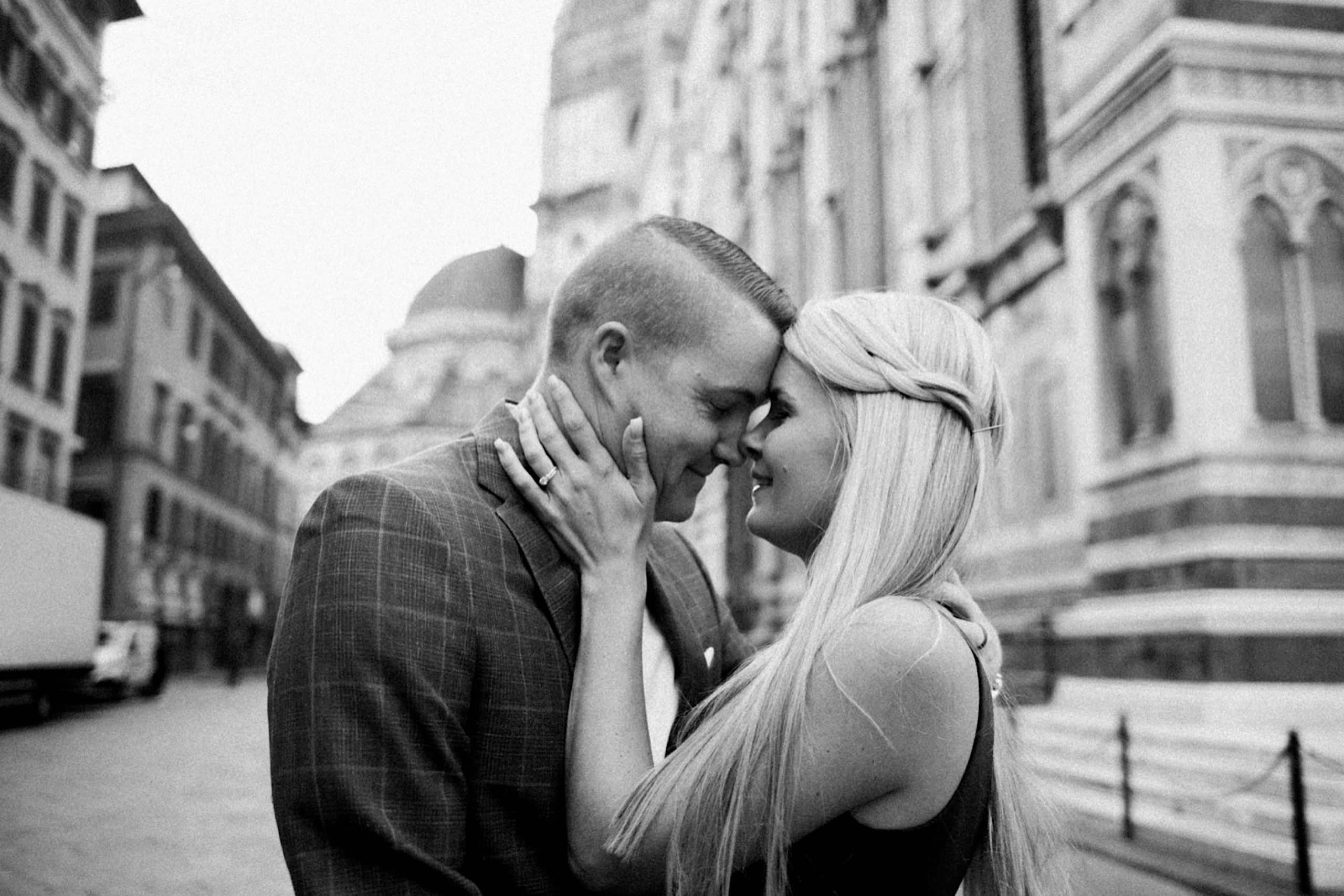 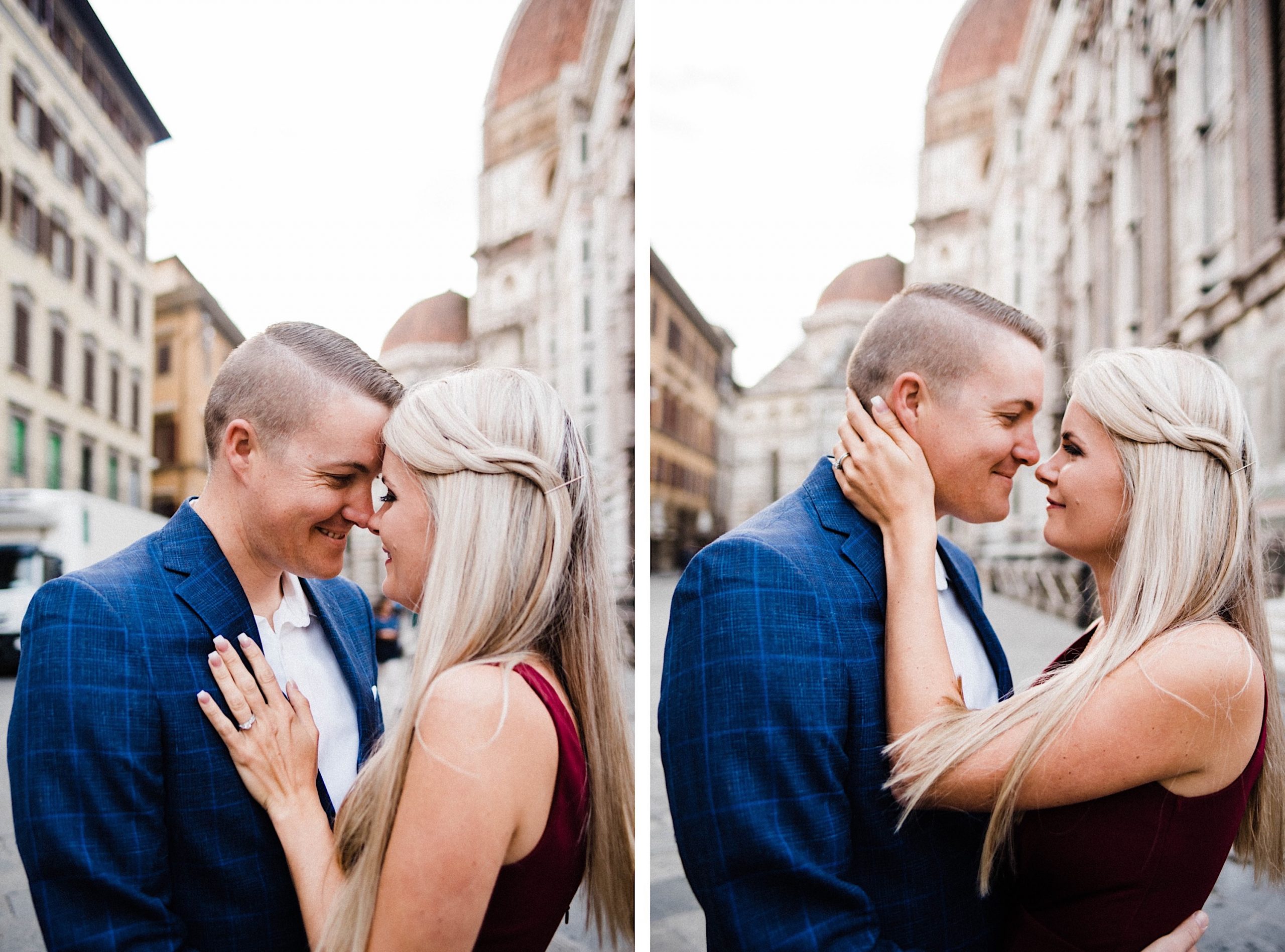 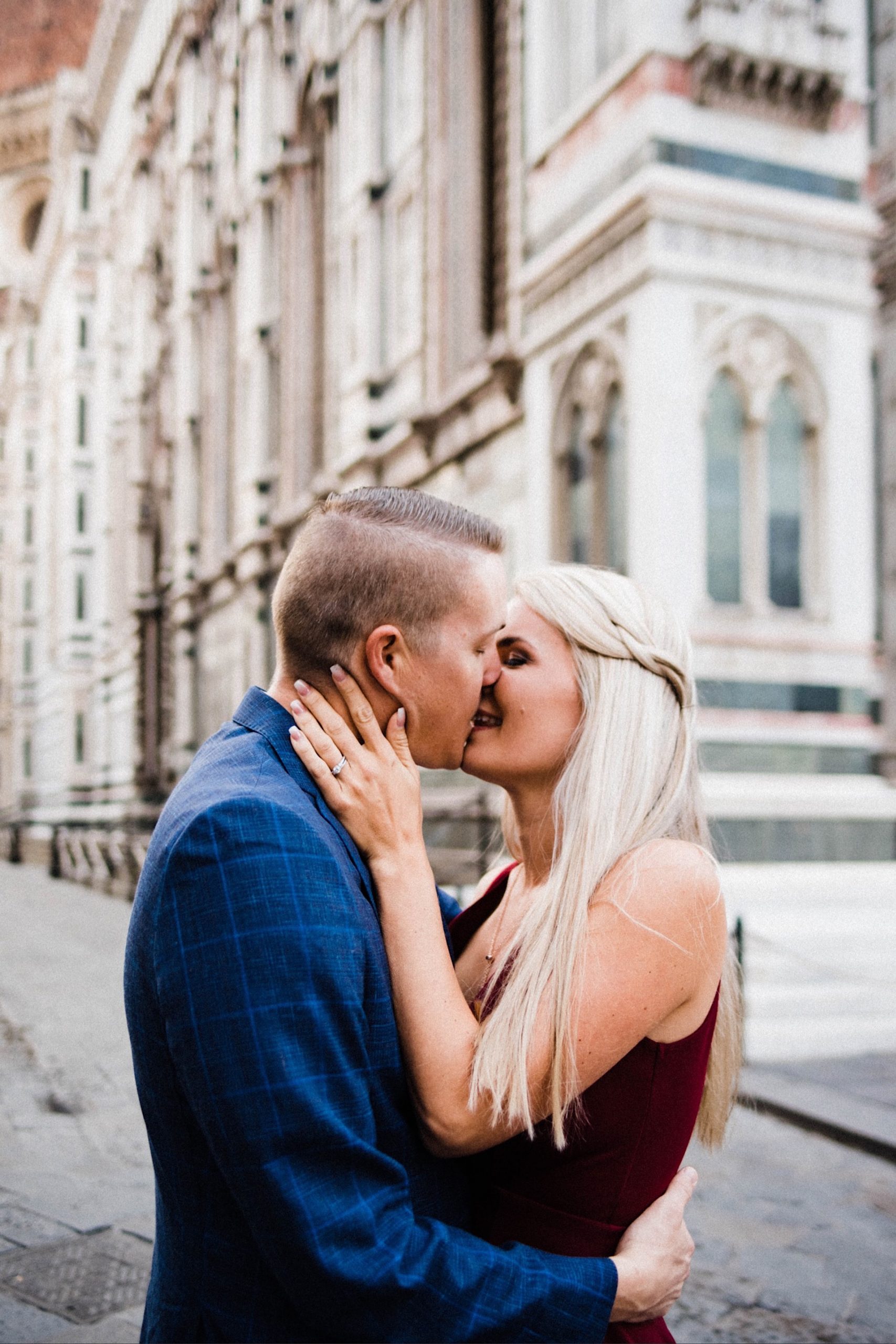 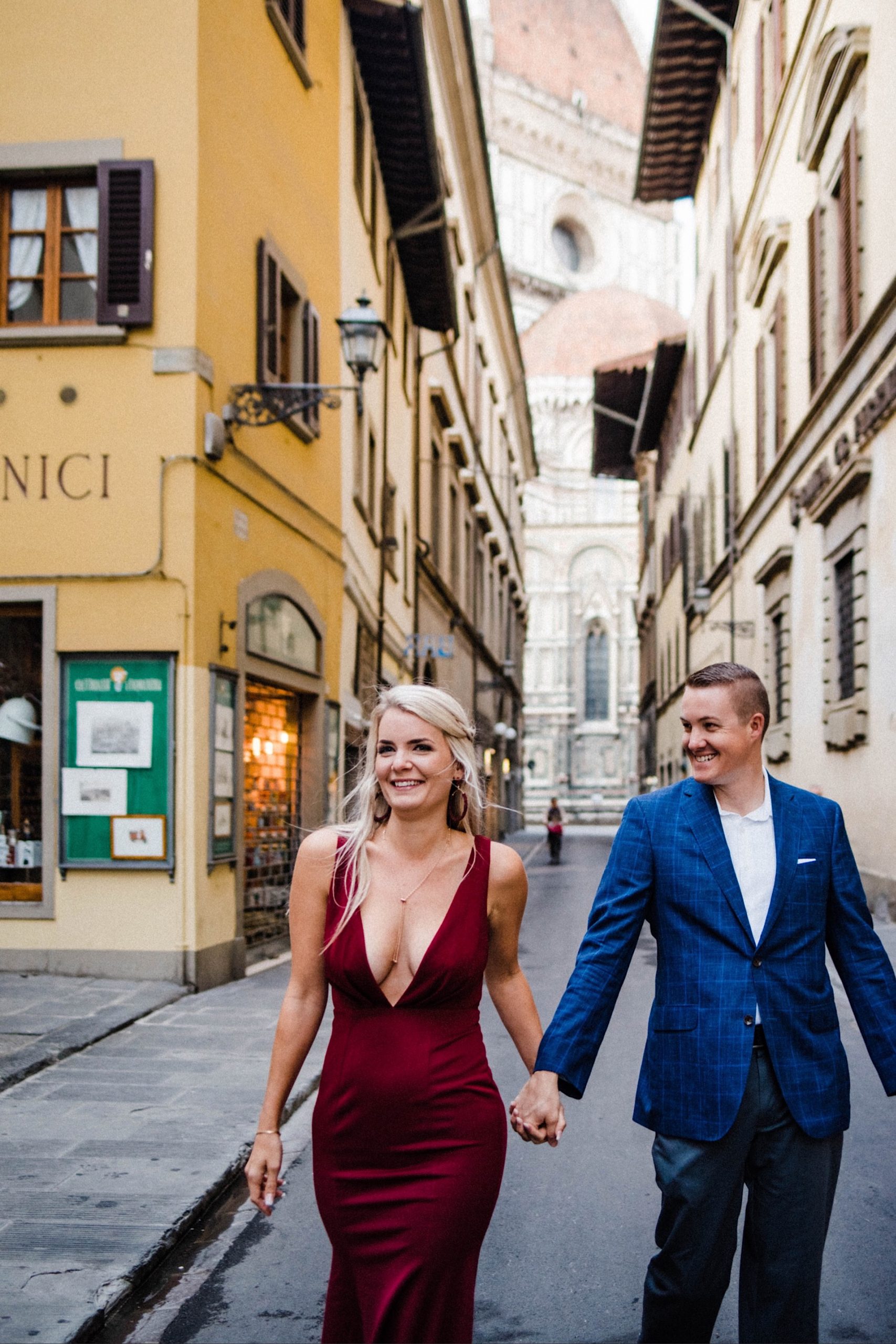 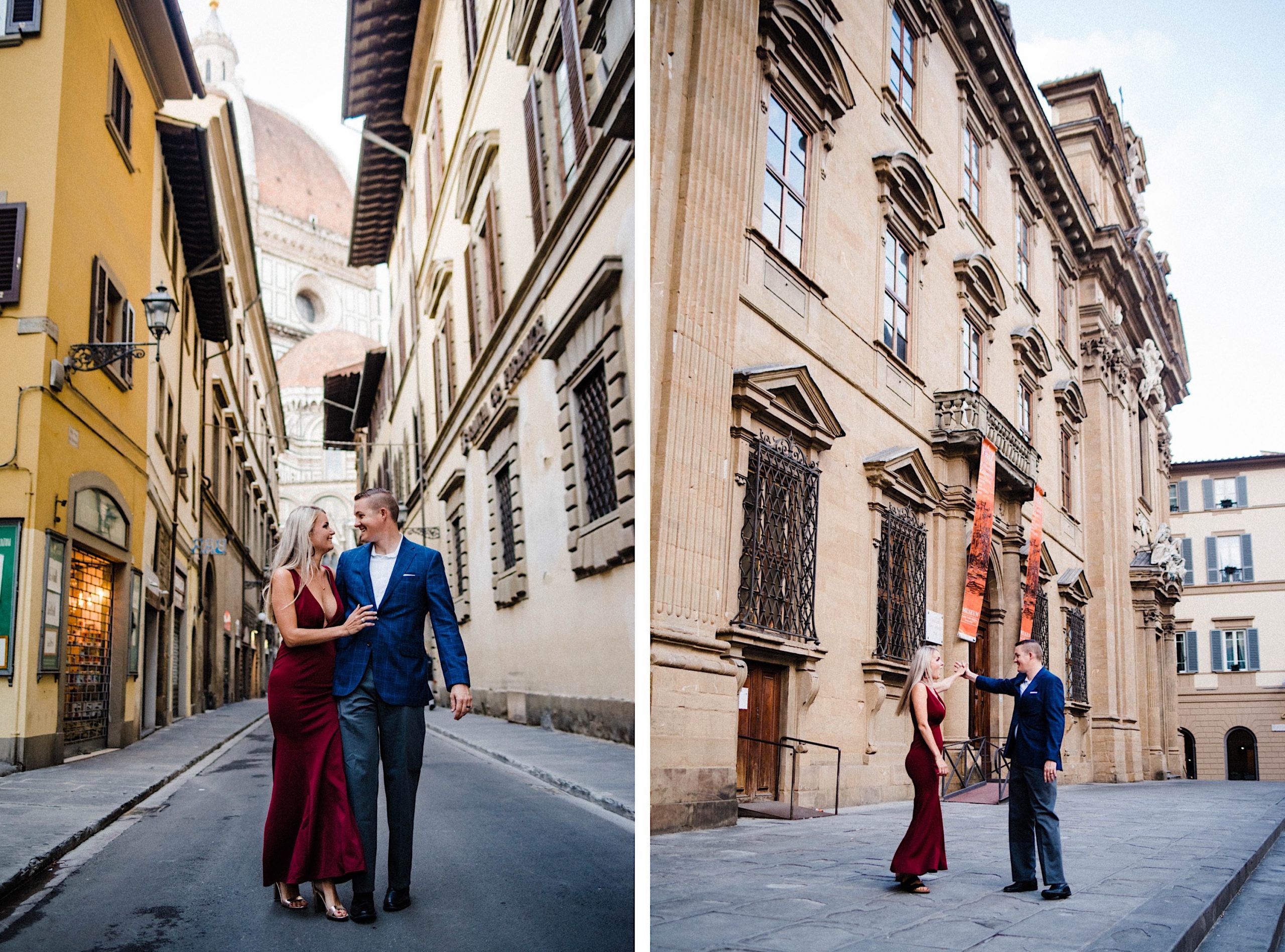 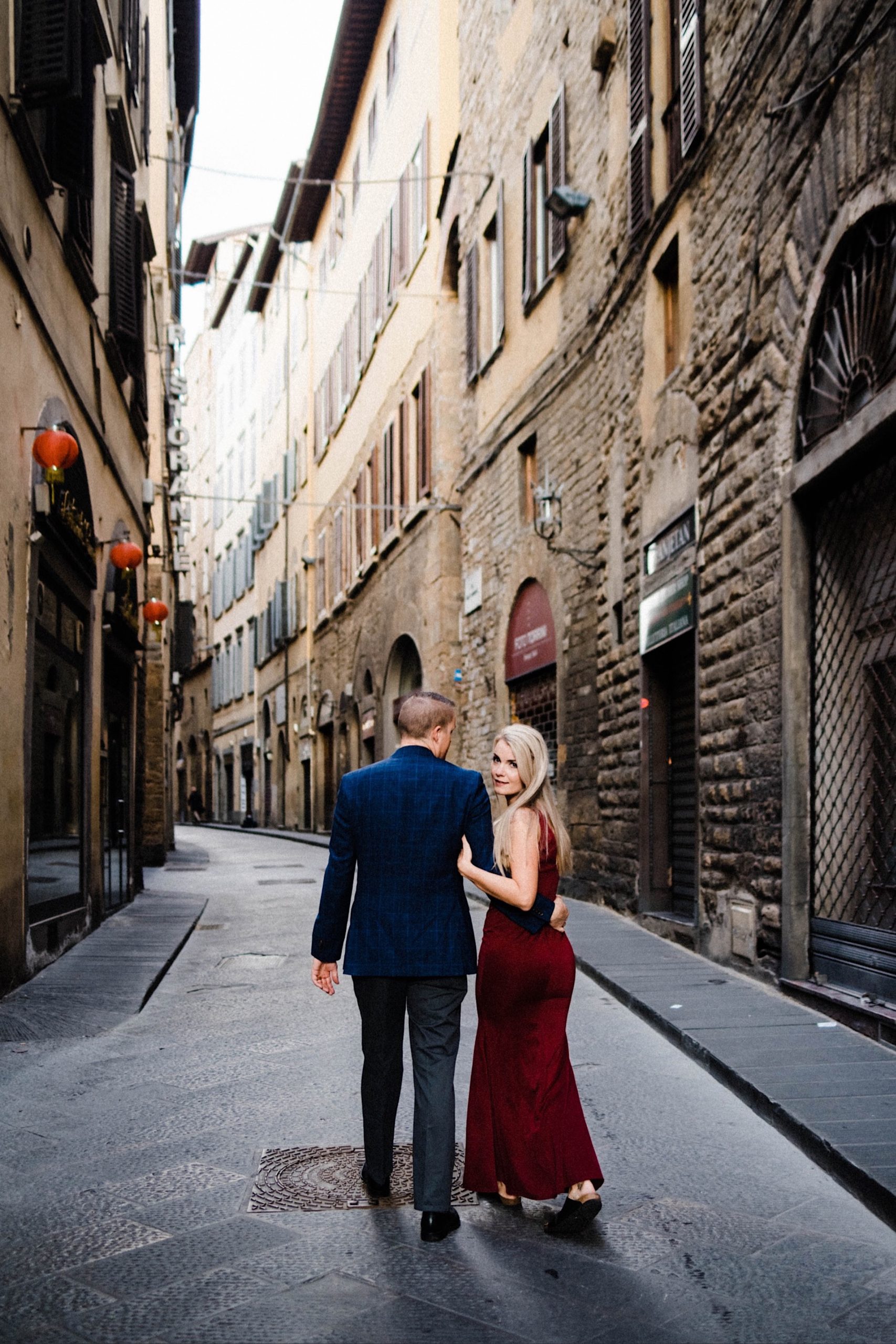 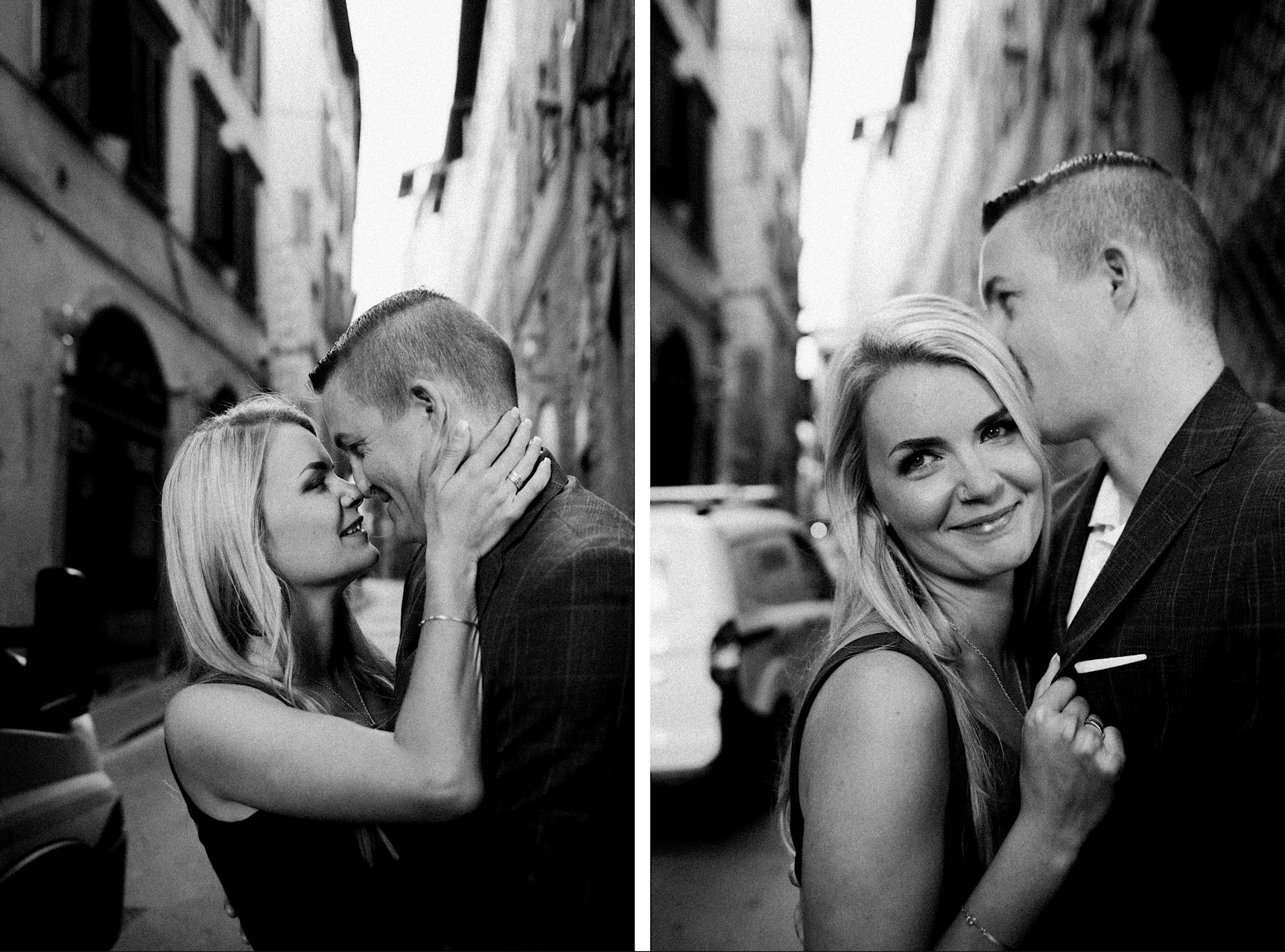 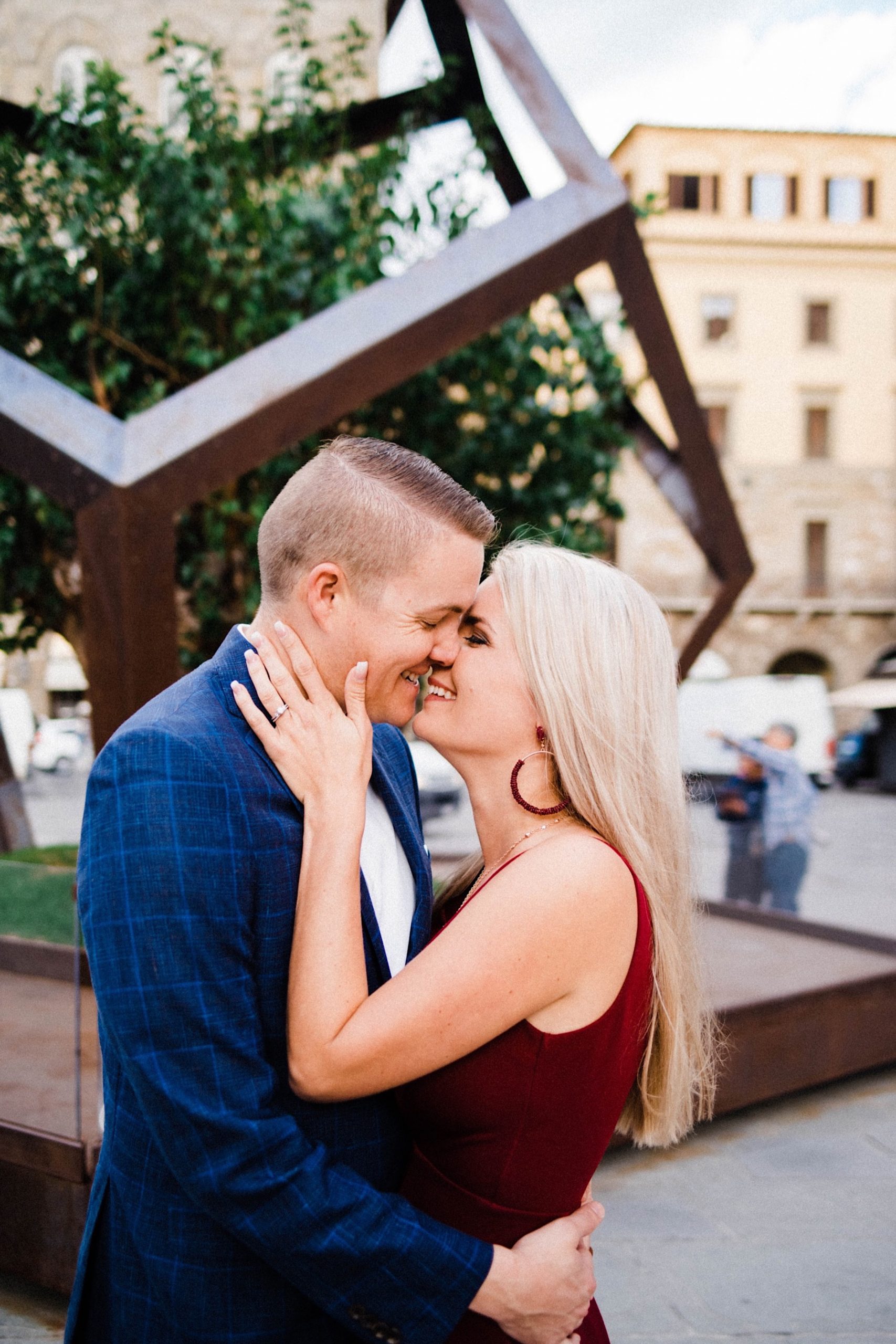 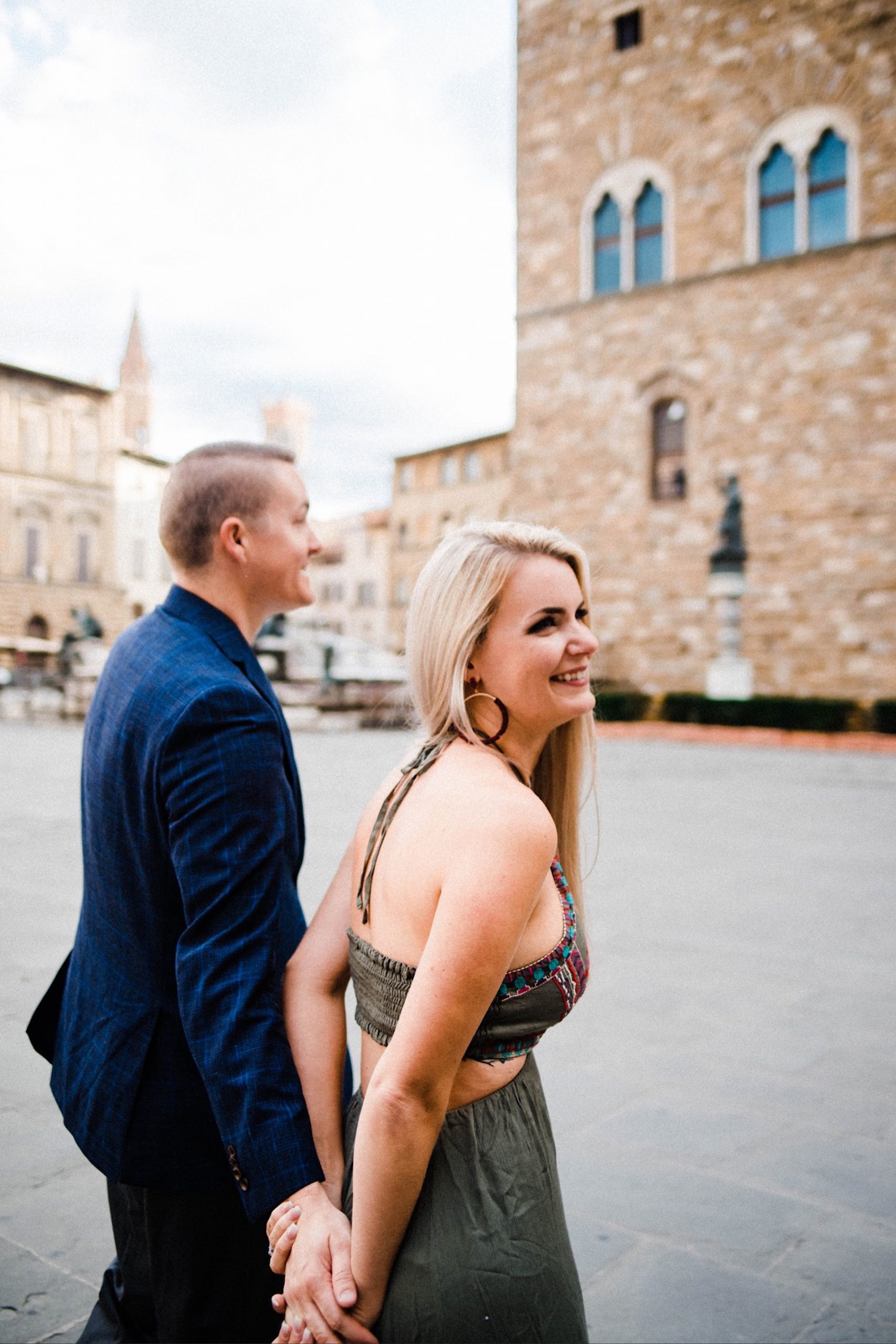 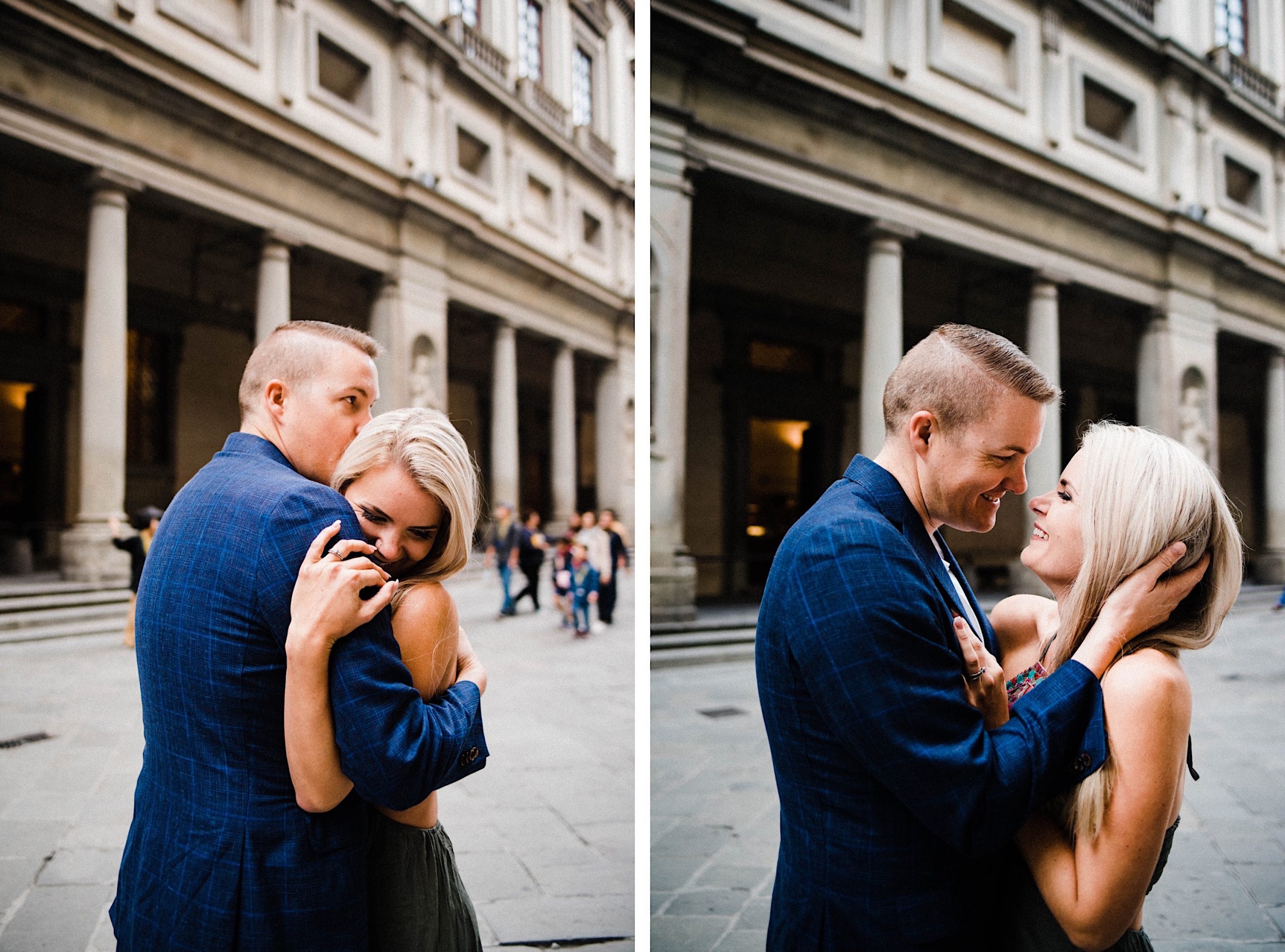 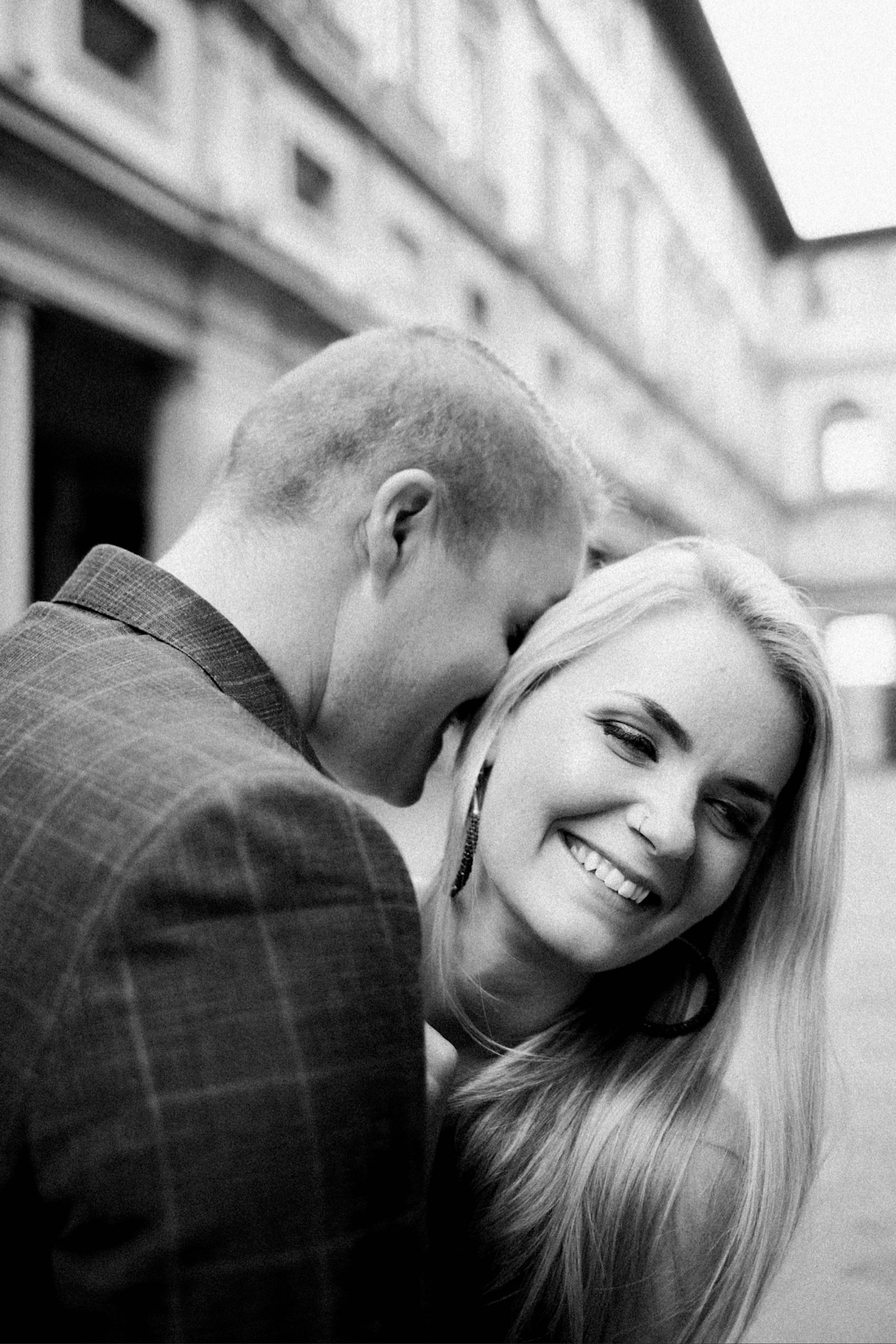 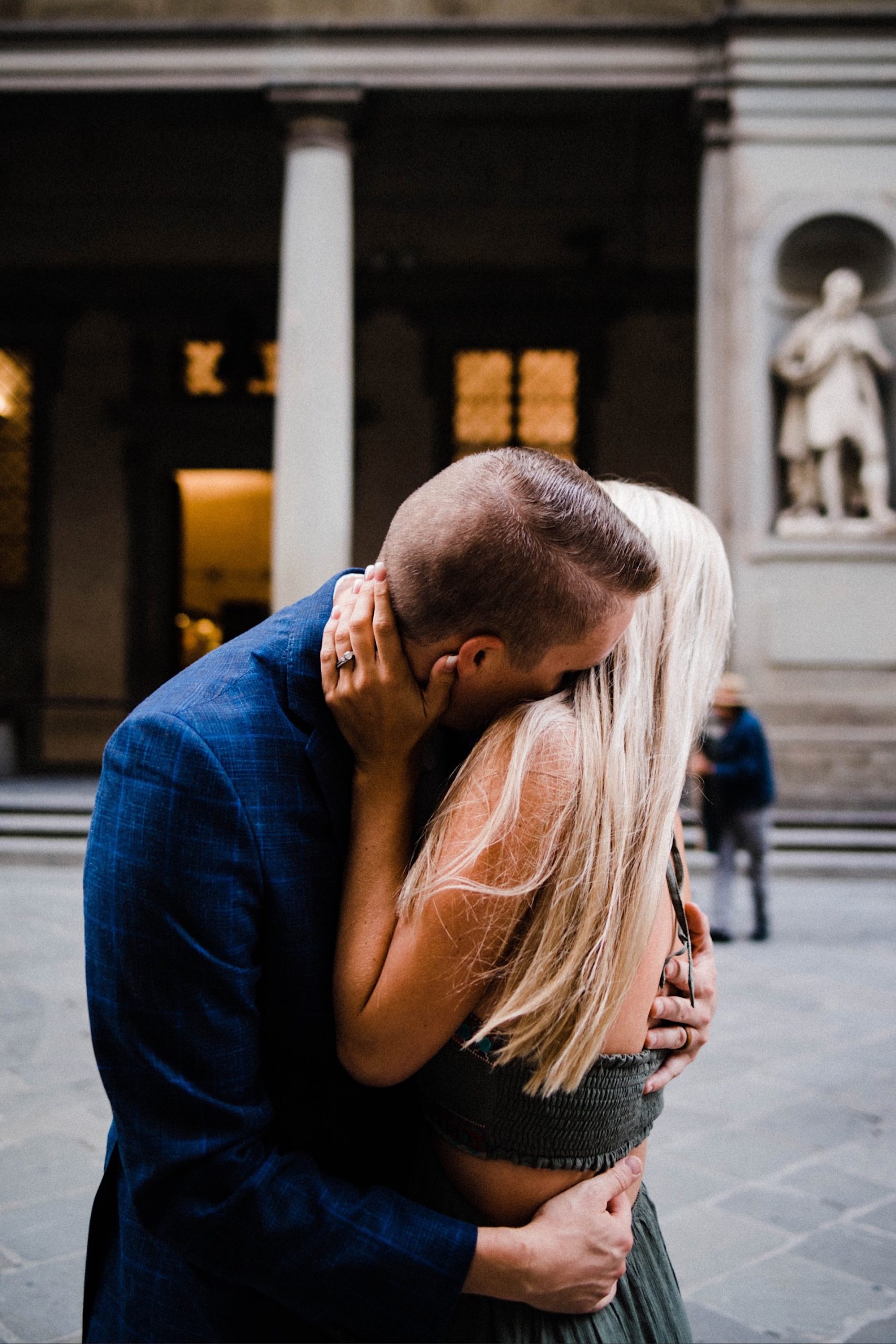 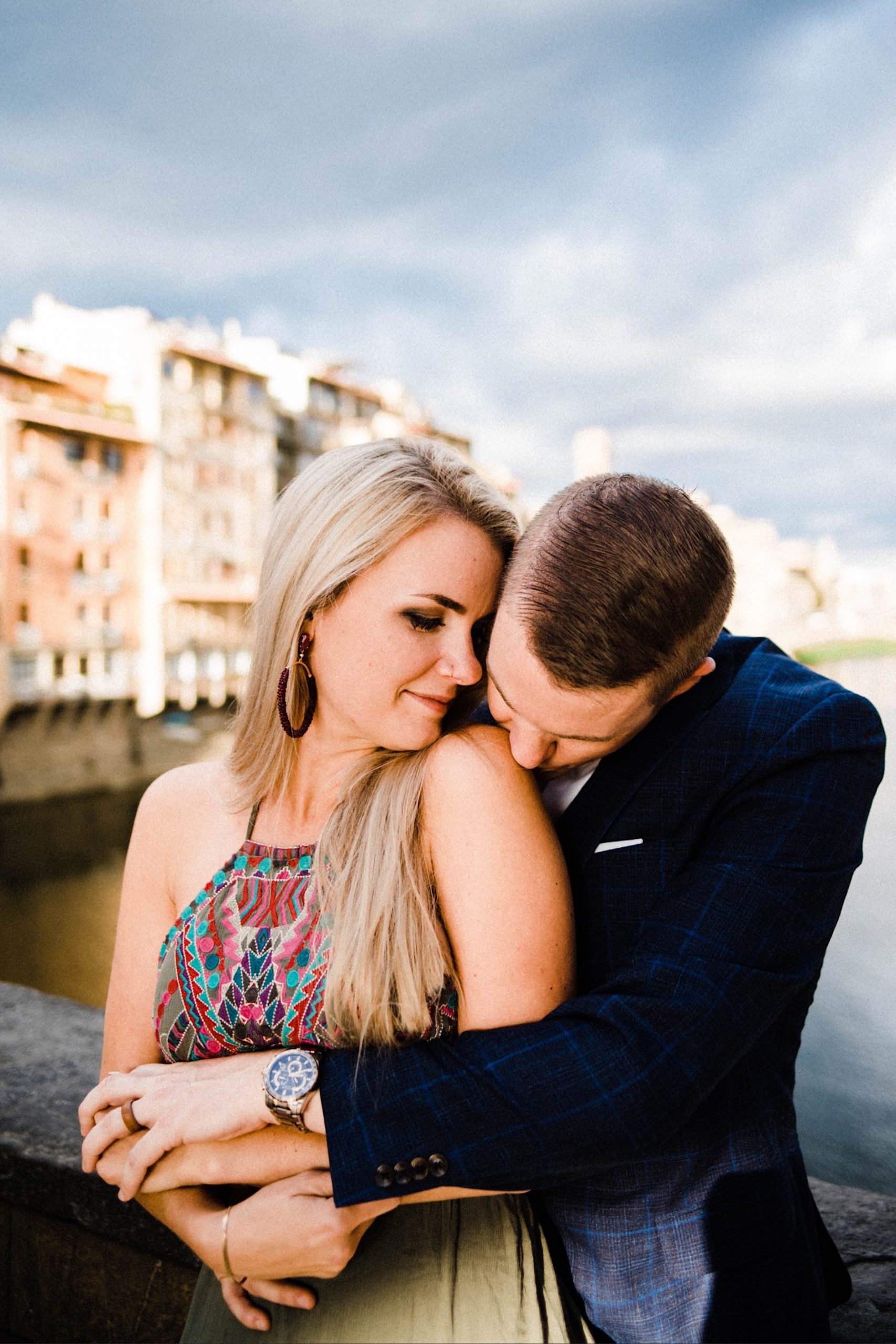 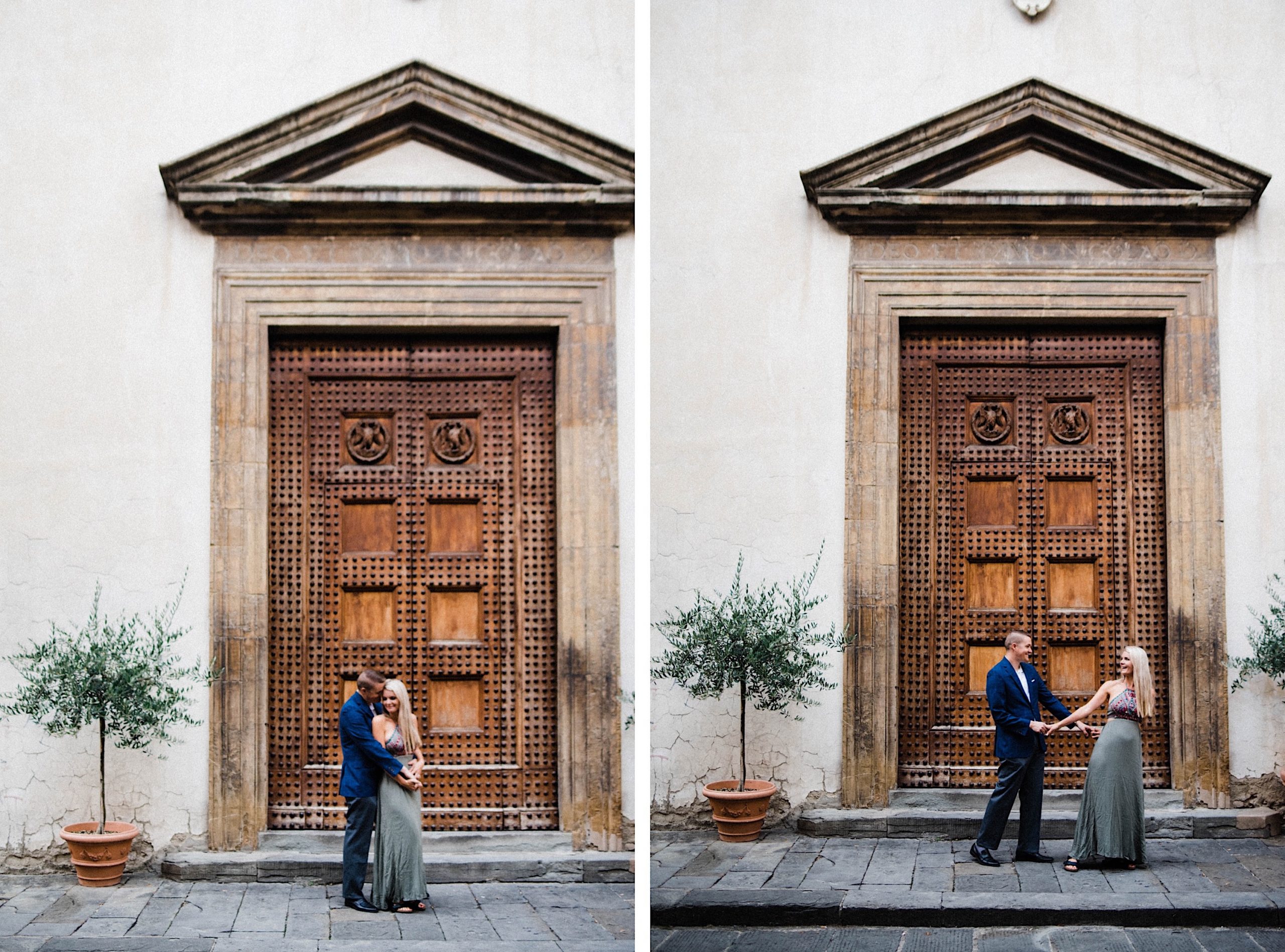 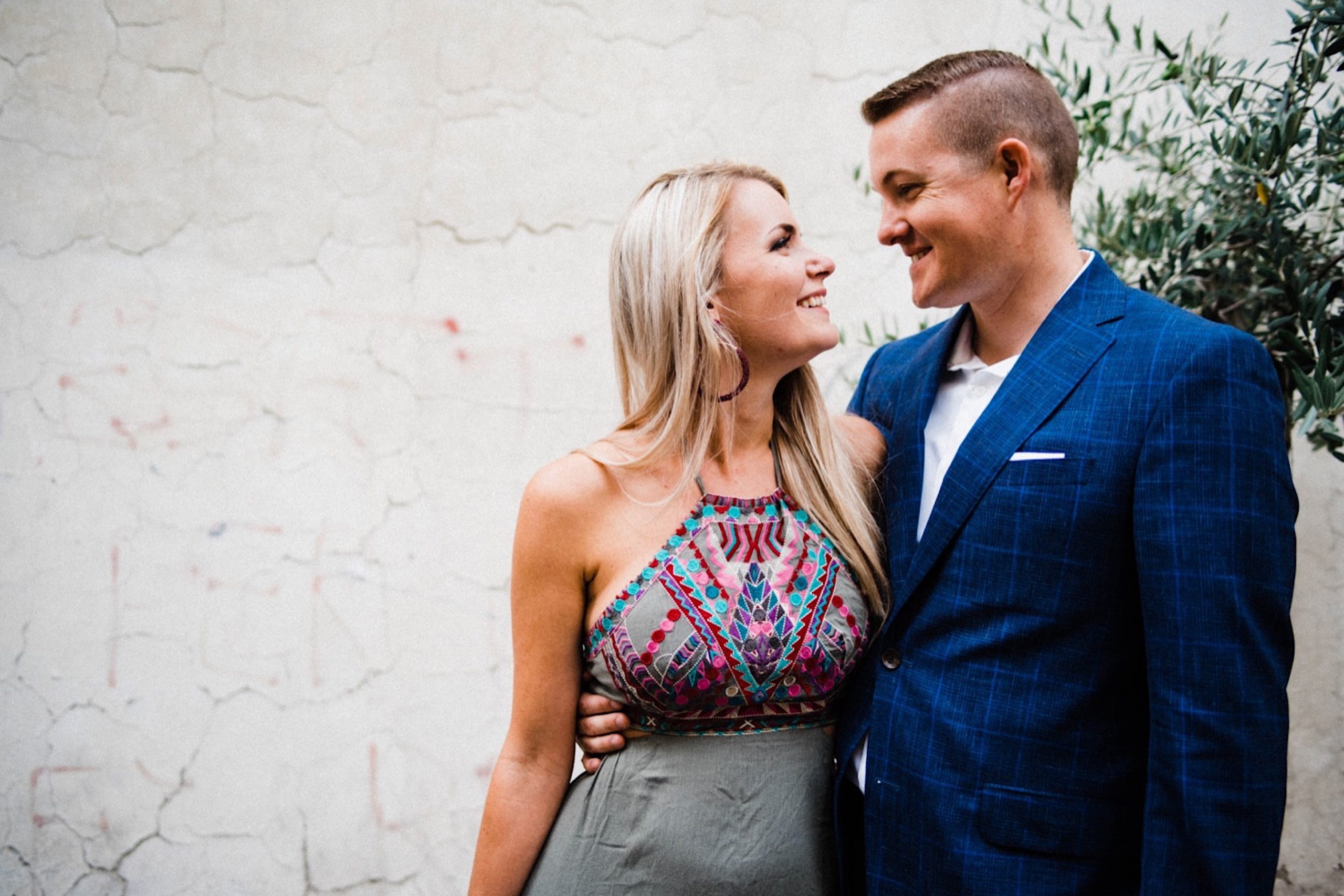 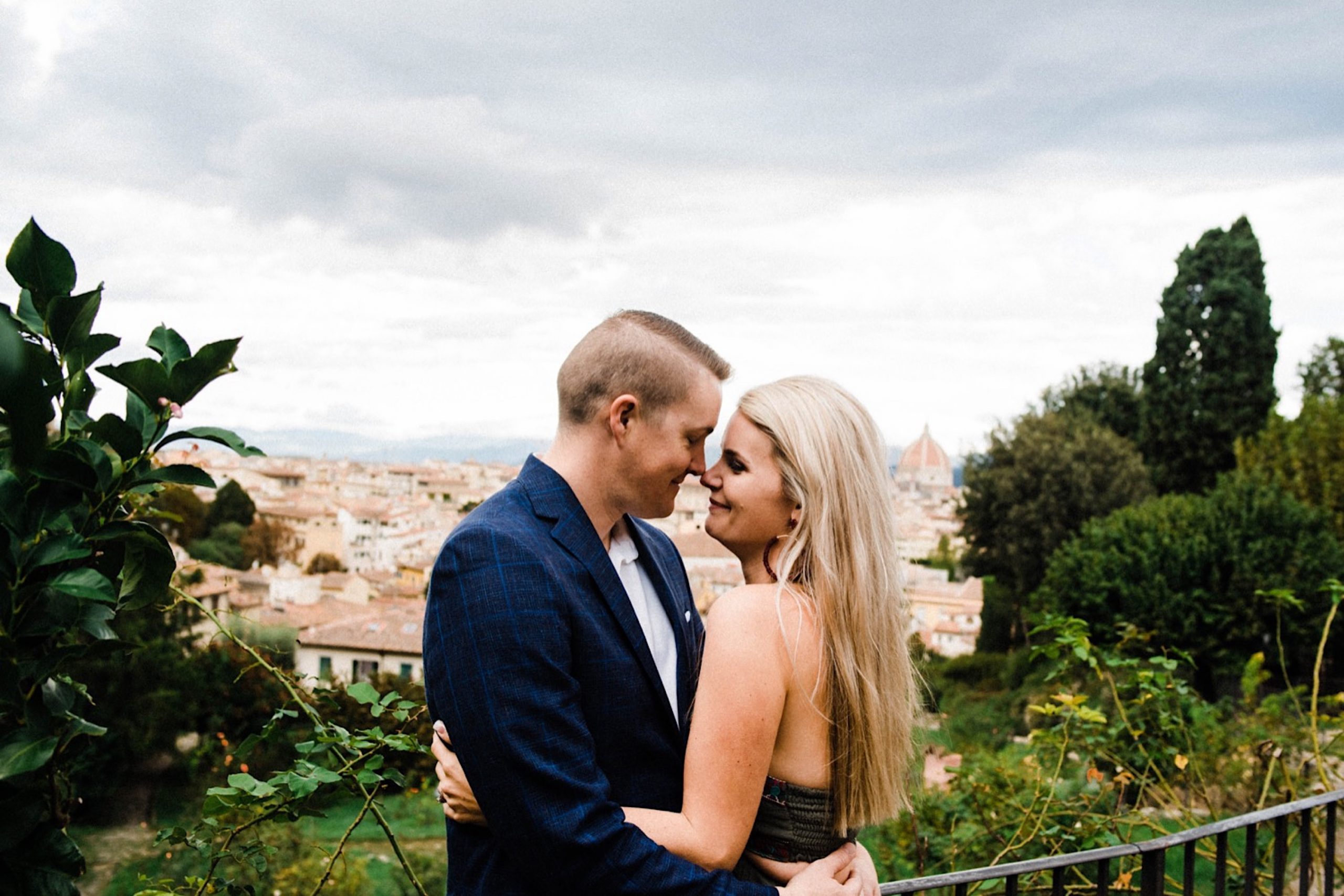 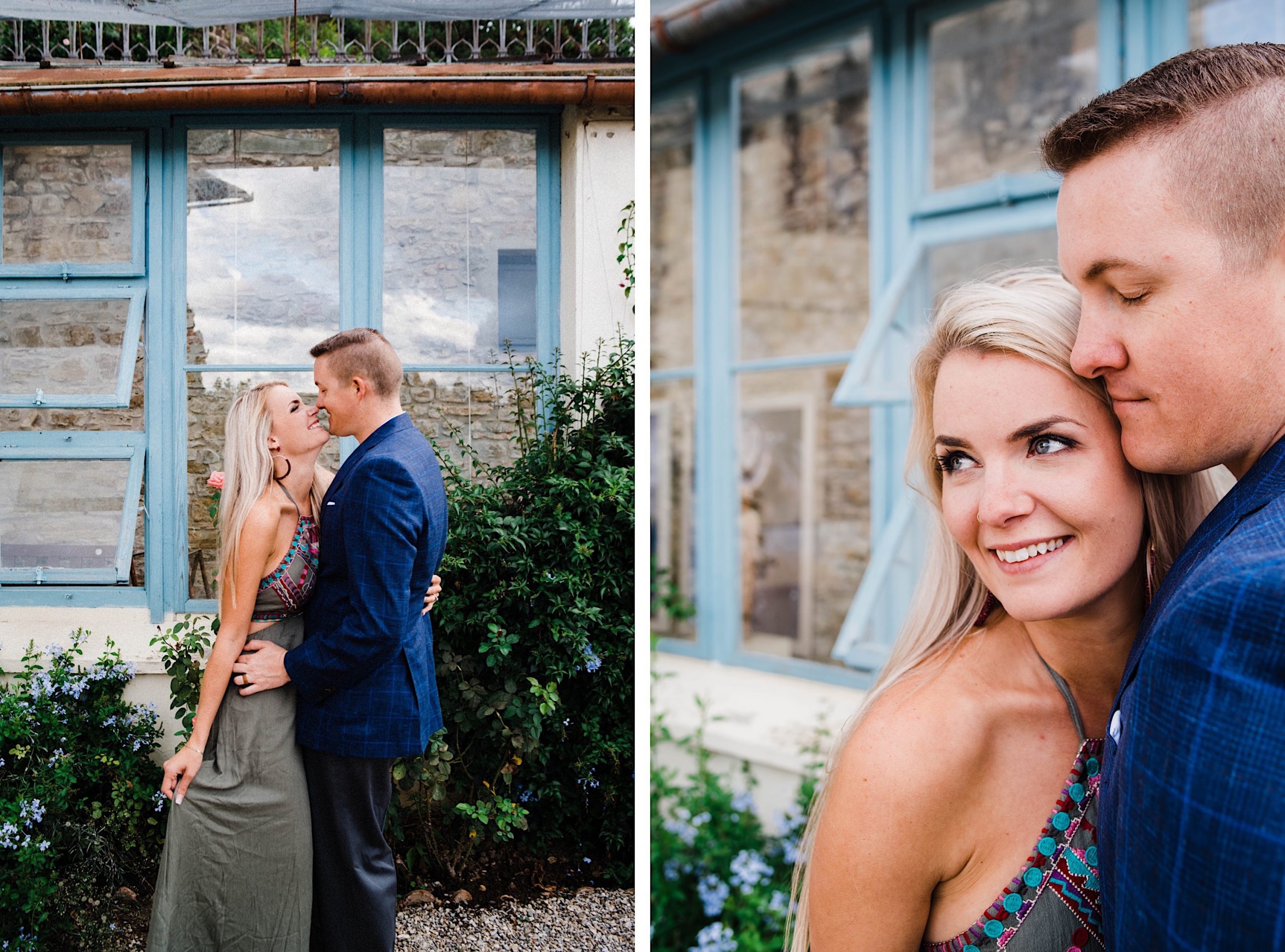 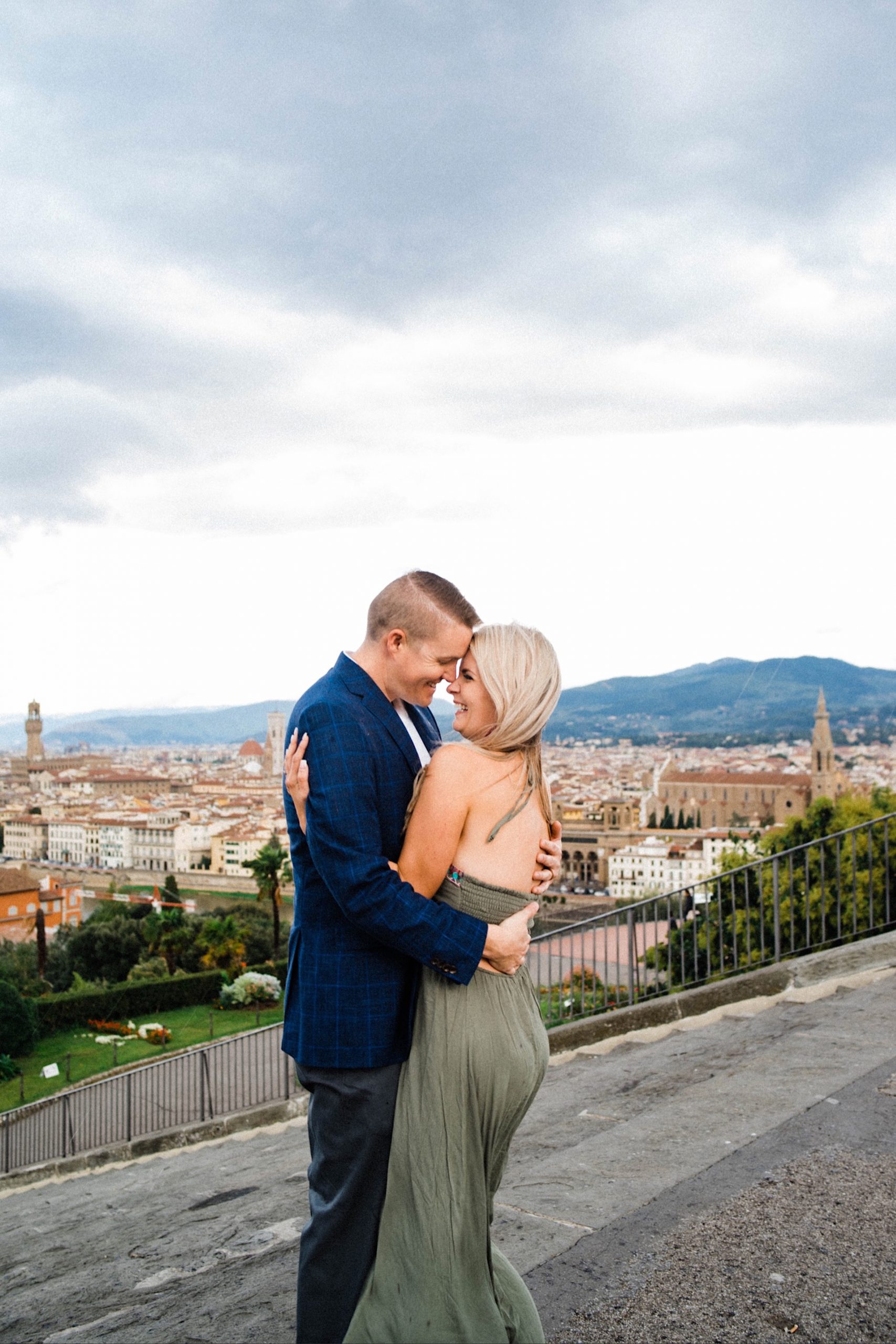 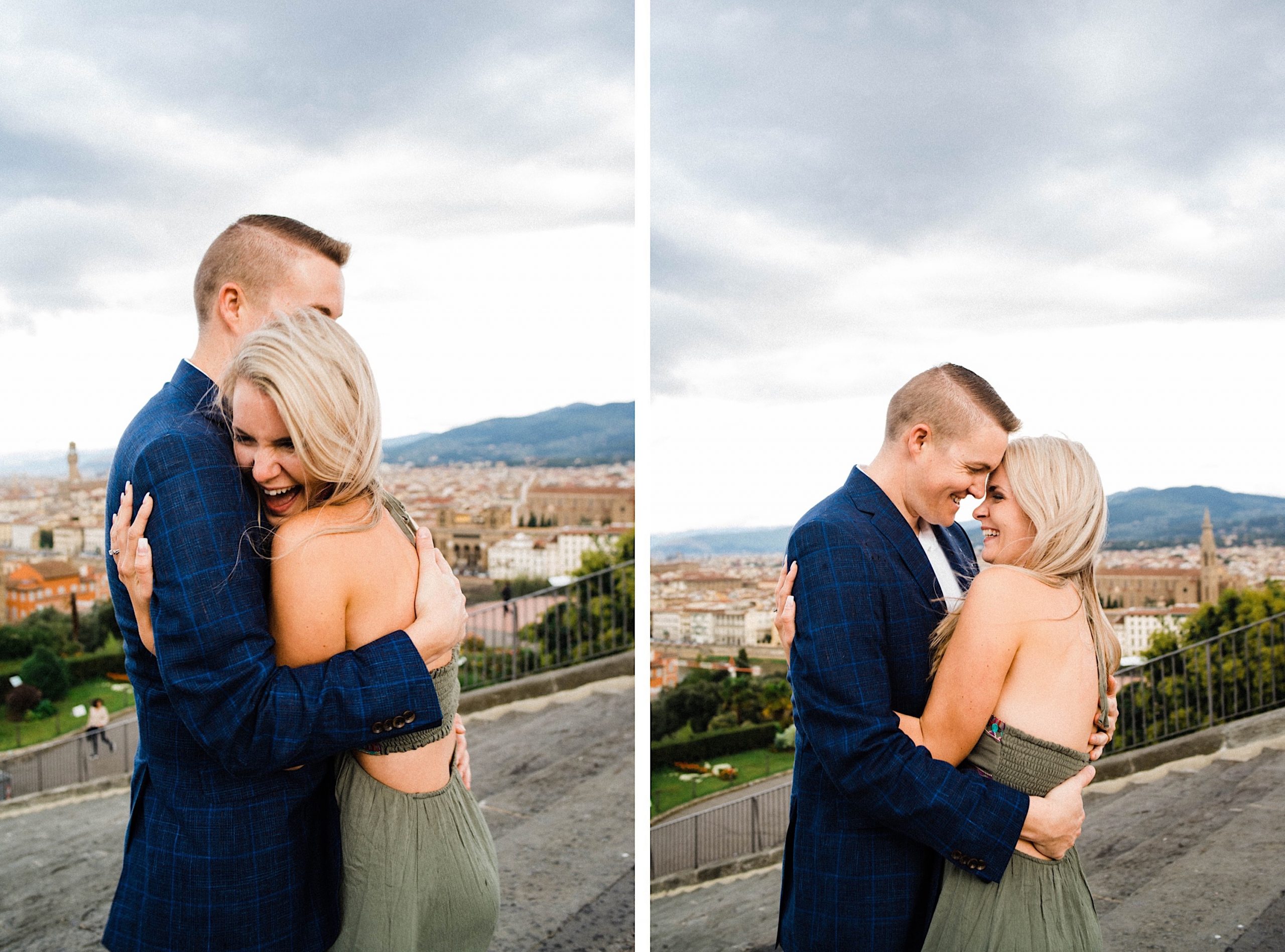 Do you want beautiful photos to remember your trip to Florence and commemorate your anniversary? Then contact me now via this link to book your Florence Anniversary Photography. I’ll help you plan a route that makes the most of Florence’s art-filled streets and we can stop for a cappuccino along the way.

What do you think about Kristi & Greg’s Florence Anniversary Shoot? I’d love to hear your thoughts, just comment below!

Omggg this makes me want to go back to Florence so bad. You did a great job capturing the ambiance and vibes of everything

Love these photos! The location is so epic and the colours are so vibrant!

Holy moly these are STUNNING! I visited Italy last year and Florence was by far my favorite place to visit. You captured their love and this beautiful city so well!

What an incredible shoot! Her dress is amazing against those buildings! Beautiful work ❤️

THESE ARE SO ROMANTIC! I love all of these especially the black and whites – theres something so nostalgic about them. Absolutely beautiful!

What a beautiful couple! These are stunning and really making me want to visit Florence!!! Never been, but it is on the bucket list!

YAY! What an amazing Florence couple session this is! I love this city and you’ve captured it perfectly. Awesome work

How awesome and beautiful. The lighting is perfect–so romantic!